Why You Need to Invest in Thai App Localization

Thai app localization is a vital step before launching your app in Thailand.

With over 54 million Thais now owning a smartphone and being one of the world’s most prolific users of social media, Thailand is a juicy market that many developers are tapping into.

However, localizing your app involves more than simply translating the text. It entails completely adapting your design so that your app looks to be tailor-made to Thai users.

So, how important it is to implement Thai app localization, and how your app could find success in Thailand; please read on to find the answers.

Why is Thai app localization important?

Last year, businesses throughout the world spent almost £144 billion on app development. App localization took up a significant portion of that.

Almost every leading app on the App Store has been localized for different markets. The benefits of Thai app localization include:

By localizing your app, you boost your reach and get a higher chance of conquering the Thai market.

According to the “We Are Social” website, mobile app downloads increased by 2.15 billion times during the lockdown period, and total spending via apps in Thailand in 2020 came in at roughly Bt30 billion.

You may expand your reach and increase your chances of capturing the Thai market by conducting Thai app localization.

Localized apps are found by searches more often in both the Google Play Store and the App Store. Both stores include localized app listings, making it easier for Thai users to find and download your app.

You will get found more if you have appropriately localized your keywords. According to some recent studies, the average is as high as 128%. Others claim improvements of 700% or more.

Increased reach and greater searchability add up to a good ROI.

Although localizing a mobile app necessitates some upfront investment in things like:

The return on investment will almost certainly be worthwhile. Furthermore, once you have the methods and tools in place to localize for the Thai market, it is much easier to do so for other regions as well.

A poor translation of your app may leave a negative impression. A properly localized app, on the other hand, demonstrates your commitment and respect for your new audience.

This is one of the most effective strategies to begin building a positive brand image in Thailand, and then throughout the world.

How do you localize your app?

In recent years, Thai smartphone users have upgraded to improved phone specifications, yet many still hold versions with insufficient memory or storage. While Thailand has reasonably good 3G/4G coverage, the cost of data remains a major concern for many people. As a result, optimizing your app to ensure the broadest possible reach is worthwhile.

For instance, keep your original APK size and total app size under control. If your game includes high-resolution graphics, try to limit the overall app size after download to below 1GB. It’s also crucial to test your app or game on a smartphone with smaller memory, as this will help you avoid crashes, freezing, poor graphics, and a terrible user experience.

Consider allowing users to choose between high-quality and low-quality graphics or animations based on their device’s capabilities. Also, test your app on a variety of devices, especially those with older operating systems.

Thai consumers have lower disposable incomes than those in more developed countries; therefore, it’s critical to account for this when setting prices.

In the case of app games, it’s common for developers to provide a beginning pack for a low price, usually USD$1 or less. In reality, considering that the minimum price for applications and games in Thailand is roughly THB฿10 (USD$0.33), sub-dollar pricing might be a good approach for attracting new users.

For more premium packages, it is uncommon for prices to be 30–40% lower than in more developed countries like Korea and Taiwan; however, this varies depending on the app or game.

Subscriptions are a relatively new business model in Thailand, but they’re gaining traction. Consider providing a free trial for a weekly subscription to get consumers to try your app.

Prices containing decimals should be avoided.

In Thailand, it’s fine to maintain some names or terms in their English form, particularly if they’re unfamiliar with Thai culture / there’s no direct translation / the translation is too long. “Ragnarok,” “Hogwarts,” or even “AI Artificial Intelligence” are just a few examples.

One explanation for this is that English is taught as a foreign language requirement in all Thai secondary schools, thus the English alphabet is known to the vast majority of Thai users.

For example, character names can be shown in English alongside Thai-translated text.

Thai users, particularly on mobile devices, like to read short, concise content. As a result, it’s okay — even recommended — to employ casual, spoken-style language for text translation rather than formal, written language. If the translation is long, it’s better to utilize symbols or pictures to express meaning rather than a translation, wherever possible.

For instance, the message is translated into simple, easy-to-understand spoken language.

Be careful of how new text string lengths affect your design and display when translating to Thai. Make sure the translated information fits within the UI and is well-organized. If you reduce the font size to make the content fit, it may become unreadable.

For a more concise translation, you could consider utilizing shorter words, images, or symbols; like instead of writing “Rewind” or “ย้อนกลับไป” in Thai, you may use an icon like “<<”.

Example: The font style and size are readable and appropriate for the layout.

Users in Thailand are considerably more likely to interact with your app if the content is relevant to their culture and sounds tailor-made for them. As a result, developers frequently include features that resonate with local cultures, such as characters or costumes.

Another option is to organize activities that mirror local celebrations, such as Songkran (Thai New Year).

Example: To make the game more recognizable to local players, the character wears a Thai-style costume.

Thai people expect personalized customer support, and many offline and online companies provide customer hotlines. If that’s not an option, make sure users could find you on the major social media sites. Many local companies engage with users via Facebook pages or official accounts on messaging apps like Line.

It is also worth setting up local social media channels in addition to your worldwide ones so that Thai users may easily contact and engage with your team.

With rapid smartphone adoption and prolific social media use, Thailand is a lucrative market that every developer desires to conquer. Success can be achieved by tailoring your pricing, language, and interface to fit with Thai attitudes while also considering choosing categories that most appeal to Thai users, app size for the most popular devices, cultural features, and individualized customer care experiences.

Have you considered launching apps in Thailand? Or are you on the way to finding a localization companion for the Thai market?

Let us know here and we could share more Thai app localization tips with you.

For more localization tips for other Asian markets, you could download our free whitepaper here. How to Start Your Vietnamese App Localization? 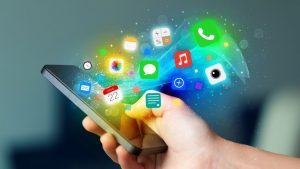 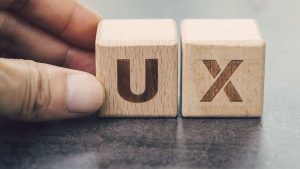 First-Time User Experience: How to Keep New Users Coming Back