Besides celebrating New Year’s Day on the first of January like most countries in the world, many Asian countries such as China, Singapore, Vietnam, and South Korea observe Lunar New Year, marking the first moon in the lunar calendar. The celebration of the Lunar New Year can last for the next 15 days until the full moon. In 2022, this celebration is from February 1 to February 15.

In this post, let’s find out which countries in Asia celebrate Lunar New Year and what traditions they have on this special occasion.

Chinese New Year is one of the most important holidays in China when people enjoy a week off to celebrate with their families. There are numerous festivities taking place during this special holiday, sometimes lasting up to 16 days.

Chinese New Year heavily influences the Lunar New Year celebrations of other countries in the world, such as the Losar of Tibet, Tết in Vietnam and the Korean New Year. It is also observed in regions and countries with significant overseas Chinese or Sinophone populations, such as Taiwan, Singapore, Cambodia, Malaysia, Indonesia, Thailand, Myanmar, the Philippines, the United States, Mauritius, and Canada.

On New Year’s Day, Chinese elders give red envelopes – known as hóngbāo in Mandarin – to children or unmarried people, a tradition that evolved from the practice of giving coins to ward off evil spirits. Performing lion or dragon dances and lighting fireworks or firecrackers on New Year’s Day are some other common ways people celebrate Lunar New Year in China.

During the New Year festival, Chinese people like to visit temples to pray for a great year and good fortune.

Vietnamese Lunar New Year is known as Tết or Tết Nguyên Đán. It is the most sacred festival that marks the arrival of spring in Vietnam. During this occasion, Vietnamese people enjoy a long holiday (which lasts 6 to 9 days) which gives them time to come back home and reunite with their families.

There are three main periods in Tết. The first one is called Tất Niên which is the day before New Year’s Eve. The second is Giao Thừa which is on New Year’s Eve. The third is Tân Niên which means the New Year. Vietnamese people usually decorate their homes with plants and flowers (peach blossoms in the North and Yellow Apricot blossoms in the central and southern parts of the country), presenting the hope for a new beginning and good fortune.

Cleaning up ancestors’ graves and adorning the altar of ancestors with flowers, fruits, and food offerings are the traditional customs of Vietnamese people during Tết.

The first person to enter a Vietnamese house after the clock strikes at 12 is known as người xông đất. Choosing a suitable người xông đất is one of the most important Tết rituals. The Vietnamese believe that the first visitor to their homes in a new year affects their fortune for the entire year. Thus, no one enters a house on the first day unless they have been invited. Vietnamese people also give lucky money (tiền mừng tuổi) to children and the elderly.

Korean New Year, known as Seollal, is a three-day national holiday commemorating the first day of the Korean calendar. During this traditional festival, Korean people usually visit their families, wear hanbok, perform ancestral rites, and eat traditional foods. Joining folk games is also a popular activity to celebrate the new year. Like China and Vietnam, in Korea, after performing a formal bow, children frequently receive money from the elderly.

Around this time, South Korean also observe another festival called Jeongwol Daeboreum, celebrating the first full moon of the new lunar year. They perform the Daljip ritual, in which huge bonfires are built and lit up to bring luck for the new year.

Two special cultural events for ethnically Chinese Malaysians namely Pai Thnee Kong (in Penang) and Thnee Kong Sei (in Hokkien), take place on the ninth day of the Lunar New Year. During these festivities, people offer fruits, flowers, and other types of foods to Jade Emperor to celebrate his birthday.

Thousands of people visit the Jade Emperor’s altar in Hokkien, which is built specifically for the occasion on the Chew Jetty. Some build altars in their own homes and make offerings to commemorate this occasion.

It is estimated that about 1.5 billion people around the world observe Lunar New Year. Many of which are ethnically Chinese around the world. In other countries such as Singapore, the Philippines, and Cambodia, people celebrate Lunar New Year by watching fireworks, dragon dances, cooking traditional foods and exchanging red envelopes.

If you are conducting business in any of the markets that celebrate Lunar New year, make sure to acknowledge and respect their distinct customs. Plus, you can leave a great impression on your clients, business partners, or colleague by saying Happy Lunar New Year to them in their mother tongue on this special occasion.

Our team here at GTE Localize wishes you a prosperous 2022 Lunar New Year!

In case you are looking for a professional ISO 9001:2015 certified translation agency that can help you make a splash in a new market, look no further than GTE Localize. With years of experience in the translation and localization industry, GTE Localize has a deep network of experienced native translators around the world who can handle all major language pairs. They are subject-matter experts and well aware of the target market’s culture and business styles. 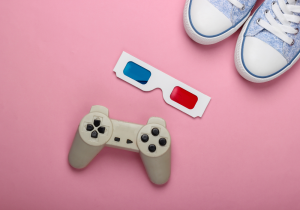