What Challenges Do Translators Face on Every Translation Project?

Translation is more than just converting words from one language to another. It demands a deep understanding of grammar, culture, feelings, emotions, and thoughts.

To create good translations, translators need to know the rules of a language as well as the habits of the people who speak it. Even if a translator is capable of conveying the message accurately, he or she may still lack the ability to transform the music, rhythm or deeper meaning of certain words and expressions. With these difficulties, it is safe to say that even for the most experienced professionals, confusion and frustration are familiar feelings when working on a translation task.

Translation is a job that whether the translators have only 1 year or 10 years of experience, they still have to face some common challenges because each translation job is unique and challenges are ever-present in the job.

In this post, we will discuss some of the most common challenges that translators have to deal with and give some tips on how to overcome them.

Each language has its own underlying structural rules that make a sentence meaningful and understandable to those who speak the language. The structure of language consists of different components – phonemes, morphemes, lexemes, syntax, and context.

Talking about syntax alone, the arrangement of words and phrases to form a full sentence in every language is unique. In English, adjectives come before nouns (e.g. pretty house – adj + noun) whereas, in Vietnamese, nouns come before adjectives (e.g nhà đẹp – noun + adj). Take another example, a basic sentence in English has a subject, verb, and object. Meanwhile, in other languages such as Spanish, the subject pronoun is written as part of the verb, which then determines the gender of the subject.

The diversity of a language structure means that when translating, translators have to constantly and flexibly rearrange individual words to create a sentence that is accurate, natural and smooth which is no easy task.

As mentioned before, each project is distinctive, thus, translators will never stop being amazed and challenged by the diverse language structure of the source and target languages. The only solution to overcome this challenge is through continuous learning to grasp the differences in grammar and structure between two languages, along with gaining experience from handling real situations.

Some translators say that idioms are the most challenging element of a translation project. We are not surprised. Because idioms are phrases that present figurative meanings. They might or might not have an equivalent phrase in the target language and obviously, they cannot be translated literally.

Kill two birds with one stone is a commonly-used idiom in English. Unfortunately, in other languages like Indonesian, they do not use the same images to describe the act of achieving two aims at once. The literal translation in this situation will cause confusion to Indonesian readers. Translators need to either find an idiom in Indonesian that has the same meaning such as sambil menyelam minum air – Drinking water while diving or try to translate the meaning behind the phrase into Indonesian.

To handle idioms well, translators firstly have to understand the correct meanings of the phrase. Using a dictionary or asking native speakers for explanations will be helpful. Then, they need to search for an alternative idiom in the target language. In case there is no corresponding idiom in the target language, it is best to express the idioms using common words and phrases instead of idioms.

A joke can be funny in a language but has no sense in others. This is due to the cultural differences among countries. To understand a joke, readers must have a basic background on the culture of the language. Some might try their best to explain the jokes when translating them into a new language. The problem is, a joke will not be funny anymore once you have to explain it.

To translate jokes, it is required that translators have in-depth knowledge of both source and target languages and creativity to change some little details to fit the culture of the target market. These changes are essential for readers to feel relatable and burst out laughing.

Translating is not just finding the equivalent words in the target language. It is about conveying the right emotions and feelings to readers through using the right tones of voices as the source documents.

In business materials, tones of voice help companies remain a consistent brand image that even when their content is written in a different language, the audiences can still identify them.

It is even more challenging when it comes to literary translation. Each book author has his or her unique writing styles and tones of voice that should be remained unchanged throughout the translated book.  Because the whole messages of the work can completely differ if the tones are changed or exaggerated.

One helpful tip is that translators should spend some time reading previously-translated documents of the company, comparing them to the source documents to get themselves familiar with the writing styles and tones of voice before starting the project.

Words that consist of two or more parts put together to express a specific concept is called compound words. What makes compound words challenging to translate is that they come in three different forms:

The most important thing when translating compound words is that translators cannot assume the meanings of a word based on the individual components. They must understand the word right by doing proper searches and dictionaries.

What are your thoughts? Did we overlook any common issues that translators face on a daily basis? Share your experience with us in the comments section. 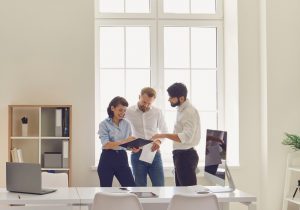 What Qualifications and Skills Should Your Translation Agency and Translators Have? 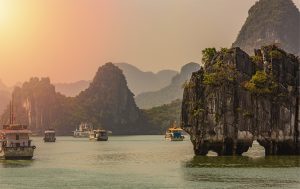 How To Become A Vietnamese Translator? 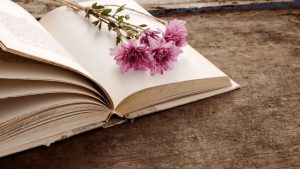