The Korean languages are spoken by around 80 million people around the world. It has two variants: North and South Korean with some significant differences in spelling, pronunciation, and vocabulary. As the majority of our Korean localization projects are into the South Korean variant, GTE Localize will focus on giving our insights into the notable features of languages and the market of South Korea.

Honorifics are an important part of the Korean language and are used by Korean people in everyday situations. Whether talking to their parents, bosses, or even strangers on the streets, Korean people use levels of speech to show their respect towards listeners or to reflex the formality or informality of the situation.

There are seven levels of speech formality in Korean:

Based on the use of each level, you can figure out which one should you use to fit your buyer personas. If you are providing healthcare products for the elderly, the use of higher levels is a must. However, if your company targets young audiences, using lower levels, not too informal while creating a friendly and closer relationship is a great choice. In other complicated cases when you target various demographics, you should use professional Korean translation services from a trusted localization agency or at least consult a Korean localization expert for better insights and choices.

A translation service provider or a Korean localization specialist can assist you in choosing the right level of speech for your translation projects, avoiding any mistakes, and reaching your target Korean customers effectively in the Korean market.

Back in the day, most loanwords were borrowed from the Chinese language. However, nowadays, Korean people incorporate a great number of loan words from other languages, especially from English in daily conversation.

In Korean localization, many English terms in the fields of fashion, IT, sports, medicine, and engineering are commonly accepted and used by Korean people and do not need translating into Korean. In fact, translators sometimes receive complaints from clients if they translate certain English terms into Korean, causing confusion for readers or losing the authenticity of words.

Korean is a double-byte language. Besides commonly-used phonetic characters, Korean has a set of adopted Chinese characters (Hanja) which are used as shortcuts for loan words and present in legacy documents and terms. According to the Standard Korean Language Dictionary, it is estimated that 290,000 words (57%) out of the approximately 510,000 words in the Korean Language were Hanja. The fact that the Korean language has multi-byte characters means that you need to spare some space for text expansion when handling Korean localization projects. For example, in English to Korean translations, Korean characters can take up nearly double the space as the original English words do.

While Google holds a monopoly in most search markets around the world, Korea is one of a few exceptions. Based on different sources of data, the search engine market share of Google in this market is about 75% to 80% while Naver holds between 15% and 30% of the South Korean search market. It is followed by Bing and Daum (another Korean search engine). In a survey published in July 2020 on Statista on which search engines Korean people used in the past 4 weeks, Naver ranked the top, with 92% of respondents using it within a month. Google was in second place with 69%.

The reason why Naver is becoming more and more preferred in Korea is that Naver’s search algorithm is built around the Korean language and culture, giving Korean people more desirable search results in their native language than Google. In fact, many people only use Google when needing to search for information in foreign languages such as English, Spanish, etc.

Due to the search behavior of Korean internet users, it is a must that your company takes the search engine factor into consideration to gain better rankings and online presence.

Below is the checklist of Korean localization details you should consider:

We hope the Korean localization insights in this article will help you find great success in the South Korean market.

If you are looking for a professional Korean translation service, just choose GTE Localize. As a trustworthy Korean translation provider over years, we make sure that your Korean will be of the highest quality at a competitive rate and a fast turnaround time.

To get a free quote and a free test for your Korean project, contact our localization consultants today.

If you are planning on localizing your content into other Asian languages, download our free whitepaper for more localization tips into 10 major languages in Asia. 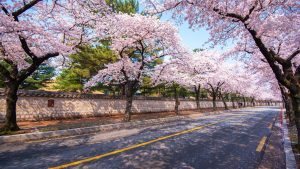 How Much Does Online Korean Translation Cost? 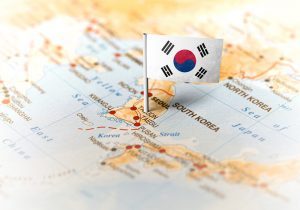 Is It A Must To Hire A Professional L10n Team for Your Korean Localization Projects?