With around 580 million speakers globally, Spanish is the second most common language after English. As this language is spoken widely over the world, there is a greater need than ever for professional Spanish translation services to maintain existing business relationships and forge new ones.

At GTE Localize, a highly rated Spanish translation agency on GoodFirms, can provide you with a team of elite, native Spanish-speaking professional translators, interpreters, and localization specialists. Because we have access to a global network of more than 1,200 translators and interpreters, we can guarantee a native speaker from the target nation for your project. Get your Spanish translation started with many benefits from GTE Localize.

Spanish Translation Solutions For Your Business

High-quality Spanish translation services from GTE Localize include many types of documents, including business papers, contracts & legal documents, etc. Every project is at affordable rates and fast turnaround time.

GTE Localize is a high-rated Spanish translation company that can boost your website traffic and engages more Spanish clients with modern website translation services. We provide successful adaptation services for any open and closed-source websites.

Spanish localization services for book content not only translate words but also alter phrases, pictures, and graphics to conform to the social mores of your target audience.

The linguists at GTE Localize have five years of professional expertise in Spanish translation services and are capable of handling a variety of e-learning materials, including textbooks, tests, examinations, papers, etc.

We will provide you with complete Spanish software and app localization solutions that include content that is optimized for many languages, as well as descriptions, instructions, user reviews, and more.

With the aid of cutting-edge technological assistance, our Spanish native speaker is able to provide high-quality translation and localization services for a variety of popular video formats and platforms without the use of objectionable language or incorrect cultural references.

Below are some popular Spanish language pairs we work with. Contact our team if you require other languages.
View all languages

GTE Localize offers Spanish translation services at three different plans so that you can choose your most suitable solution.

Your documents will be assigned to a native Spanish linguist who will translate and then self-review the translation.

Your content will be translated by one native Spanish translator and revised by a different Spanish editor.

Your Spanish documents are in the hands of three different Spanish linguists who each perform one step of the Spanish translation process.

Our clients can confidently reach out to GTE Localize's outstanding Spanish translation with our 4 distinctive strengths.

GTE Localize works with experienced Spanish translators and subject-matter experts in the industry. All of them are to meet the following requirements:

With years of experience in the translation industry and extensive knowledge of Spanish-speaking markets, GTE Localize is a go-to partner of many businesses when it comes to Spanish translation services. We stand out from other companies by providing cost-saving and high-quality Spanish translations to clients worldwide. Our rate starts from $0.07/word.

Strict Quality Assurance For All Projects

To offer our clients top-notch translation and localization quality as promised, GTE Localize actively performs the QA round by XBench for 100% of our projects or internal LQA round for big volume ones. This round check is one of your responsibilities so the clients will not have to pay any extra fee but still get high-quality Spanish translation results.

One of our key values is to deliver outstanding levels of quality at a cost-saving rate and fast turnaround time. To this end, language tools (e.g., CAT Tools, QC Tools, etc.) are used for all Spanish translation projects and a Quality Assurance (QA) round is conducted for 100% of our translation projects without extra costs for customers.

Factors To Consider When Localizing Your Content Into Spanish?

If you are going to deal with any Spanish translation services, you need to pay attention to the specific locations you are targeting, acknowledge which variety of Spanish is used there, and there are much more things to be mindful of.

1. About the Spanish Language:

Originating from the Romance family language, Spanish is the official language of 20 countries in Europe and America (Spain, Argentina, Bolivia, Chile, Colombia, Costa Rica, Cuba, etc.). It has nearly 500 million native speakers, most of whom are from Spain and America, making it the world’s second-most spoken native language (after Mandarin Chinese).

Spanish uses the Latin alphabet. Spanish is a fusional language that uses use a single inflectional morpheme to denote multiple grammatical, semantic features, and syntactic. The noun and adjective systems exhibit two genders and two numbers. There are 10 main dialects of Spanish used around the world (including Castilian, Andalusian, Murcian, Distinct Language Groups, etc.)

3. How different are European and Latin American Spanish?

Spanish is widely spoken in Europe and America (such as Mexico, Argentina, Columbia, Chile, and Peru). Just like American and British English, there are a lot of differences between Latin American Spanish and European Spanish.

– Pronunciation: One notable example is the way people pronounce the sounds Z and C (before I or E). In Latin American Spanish, they are pronounced as S, while in Spain they would be TH sound.

– Vocabulary: Different words might be used for the same objects. For example, a pen is called boli or bolígrafo in Spain but a lapicera or pluma in Latin America.

– Ustedes vs Vosotros: Vosotros is the plural form of the second person (you) and is used in a casual manner while Ustedes would be used when you wanted to show formality. However, Vosotros only exist in Spain Spanish. In Latin America, Ustedes is used for both informal and formal situations.

– Past Tense: In European Spanish, people usually use the present perfect tense to talk about a completed action but in Latin American Spanish, the simple past is used. 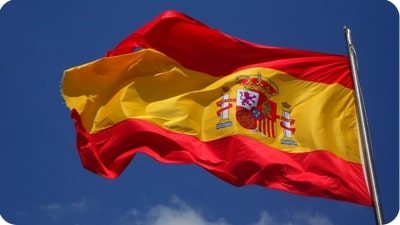 We price a project on a per word/character basis based on such factors as volume, service plan, complexity. We offer competitive pricing for all Spanish translation projects. Here are the details:

– Project volume: The greater the number of words or characters your document contains, the higher the price.

– The complexity of the subject matter: Highly technical content may require a higher level of experience and knowledge. The more complex the subject matter, the higher the price. Our price for Spanish translation services starts from $0.07/word.

Please contact our team if you require a quote for your project.

GTE Localize can translate a 2,500-word project in 24 hours and a 10,000-word project in 24 hours (if the project is urgent). Aspects such as word count, language pair, translator availability, required expertise, etc. affect the delivery time of a Spanish translation service. We will offer you a time estimate for your Spanish translation service, contact us here.

You can assess the quality of our Spanish translation services by using the following resources:

– Fill out this form to request a free Spanish translation test with 300 words.

– Check out our customer base.

– As you can see in the process above, we apply a QA and QC system for all Spanish translation services to ensure outstanding quality.

– We are glad to provide you with the resumes of our skilled translators if you request. If you need any information, please get in touch with our professionals.

Yes, we are fully committed to ensuring the safety of our customers’ data and are always ready to sign an NDA with you. Your documents will be kept strictly confidential and only essential workers with signed NDAs can access your information.

We accept the following forms of payment: Bank transfers, cash, Paypal, Visa, and Payoneer. Accepted currencies include the US Dollar, Euro, and SGD.

Please contact our experts for a quick discussion if you wish to make payments in a different currency.

Spanish is a highly expressive language; thus, the text is likely to expand significantly during the translation process. For example, when translating a document from English into Spanish, you can expect the translation to be lengthened by 25%. In such cases, the layout or design of the documents might be changed.

Companies We Have Helped Grow 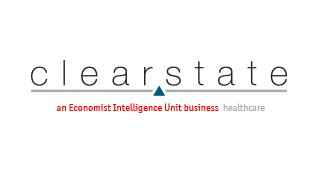 Get Your Spanish Translation Services Started!