Spanish Translation – What You Need to Know about Spanish Language in South American Countries?

Being the second most spoken native language in the world, Spanish is the language that you should consider translating content into if your business target South American markets.

So exactly how many countries in South America speak this major language? Let’s find out more about the Latin American Spanish in our today’s post. Spanish is the world’s second-most spoken native language, with nearly 460 million native speakers (globally, it has a total of 559 million speakers), the majority of whom are from Spain and the Americas (after Mandarin Chinese). In fact, Mexico has the largest population of Spanish speakers (124.85 million), followed by Columbia (50.64 million), Argentina (44.95 million) and Spain (43.64 million). Also, 13% of the American population speaks Spanish at home, making Spanish the most common non-English language spoken in the United States.

Somewhat like the case of British English and American English, the Spanish language spoken in Southern American countries and in Spain (and European countries) have some notable differences

The Spanish spoken in Spain is called castellano (Castilian). The term actually refers to the province of Castile in central Spain, where the Spanish language is thought to have originated. Castilian Spanish is known as Castellano in Spain, and the term is frequently used interchangeably with “Spanish language.”

In Latin American countries, the Spanish language is simply known as español (Spanish).

Some parts of Argentina and Uruguay pronounce the double LL and Y like an English SH, while other Spanish speakers pronounce it as a Y.

Another difference between Spanish in Latin America and Spanish in Spain is the use of different words for the same objects. For example, in Mexico, a swimming pool is referred to as an alberca, whereas everyone else refers to it as a piscina.

Differences between Ustedes vs. Vosotros

In the Spanish language in Spain, the present perfect tense is used to talk about a completed action, whereas in Latin American Spanish, the simple past is used.

Vos (you – singular) is commonly used in Argentina and Uruguay, but it is also found in other Latin American countries such as Bolivia, Chile, and Guatemala.

When speaking to a friend or addressing someone informally, Spaniards, Mexicans, and other Latin Americans use Tú.

In the scope of this post, we will focus on 10 countries in South America that speak the Spanish Language as their official or national language.

Mexico is by far the largest Latin American country that speaks the Spanish language in terms of speaker numbers. In fact, Mexico has more native Spanish speakers than any other country, with 124.85 million.

Surprisingly, although the Mexican government uses Spanish for most official purposes, it does not have the status of an official primary language under Mexican law. The Law of Linguistic Rights recognizes Spanish as a national language, alongside 63 other distinct indigenous languages.

Colombia has the world’s second largest Spanish-speaking population, with over 50.64 million people speaking the language. That equates to around 99% of the country’s population.

Spanish is an official language in Argentina. The country is the largest Latin American country by area that speaks Spanish with about  44.94 million native Spanish speakers.

Among approximately forty languages spoken or used in Venezuela, Spanish is the official language and the mother tongue of the vast majority of Venezuelans, with 32.1 million speakers.

Peru has a diverse range of languages in use. The Spanish language, one of its official languages, is spoken by 28.71 million Peruvians, accounting for about 85% of Peru population.

Chile’s official and administrative language is Spanish. Spanish in Chile is spoken by 97% of the population (18.87 million speakers) in the form of Chilean Spanish, as well as Andean Spanish and Chilean Catalan which is also known as Castellano Spanish.

Ecuador, famous for being the home of the Amazon Rainforest, is the most biodiverse Spanish-speaking country. The number of Ecuador people speak various regional dialects of Spanish is 15.48 million people.

According to the 2009 Constitution of Bolivai, all 36 indigenous languages and Spanish are official languages of the country. 9.79 million people in Boliva (about 82% of the population) speak Spanish.

The Republic of Paraguay is a mostly bilingual country, with the majority of the population speaking Spanish and Guaran, the country’s two official languages. Over 5 million people in Paraguay speak Spanish as their mother tongue.

Nearly the entire population of Uruguay speak Spanish. The figure is over 3.43 million native speakers.

GTE Localize is a go-to partner for many businesses when it comes to Spanish translation services, thanks to our years of experience in the translation industry and extensive knowledge of Spanish-speaking markets. We distinguish ourselves from other companies by offering the most value-for-money translations to clients all over the world:

Contact our team for a free quote and 1:1 consultancy with a Spanish localization expert. 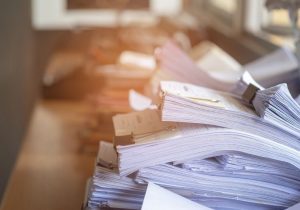