During Covid-19 global pandemic, the world has faced so many challenges with the most severely impacted industries. However, the gaming industry still records signs of fast growth and is currently worth billions of dollars. Of all the most powerful countries in the game industry, South Korea has emerged as a booming one in not only Asia but also on the map of the world. It is the rapid development of online and mobile games in this Northeast Asia country that leads to the increasing number of foreign game companies with the ambition to penetrate into such a potential market.

To better understand the situation of the Korean game industry, we need to look back to the late 1990s when the Korean government made big decisions to focus on developing telecommunications and Internet infrastructure. As a matter of course, with such a great investment and support, the gaming field of South Korea has a lot of advantages to evolve, especially over the last 10 years. The recorded growth has been always on the rise per year. By 2020, Korean games made up 6.9% of the world gaming market proportion with the increase in game export and decrease in game import turnover. With the 4th position in the list of the top largest gaming markets, Korea only stands behind China, the United State and Japan in this field. This position does have significant meaning since the Korean population is about 51.82 Million – a very modest number compared to the scale of its gaming industry.

It is estimated that Korea has 28.9 million game players which are equal to approximately 71.3 % of the population. Since Korea is a mobile-first country and owing to the fastest internet connection speed in the world, mobile games play the leading role in the general Korean game industry. In particular, 53% of people play mobile phones a minimum of once a month, which dominates console games (19%) or  PC games (37%). This leads to the average game avenue of 5,6 billion with 85% from mobile games. To put it another way, Korean players have no hesitation in spending up to $200 on game purposes per year. This number is estimated to increase soon.

Despite being generous in gaming expenses, Korean game users love free-to-play games and just are willing to pay for upgrades or premium levels. Therefore, the payment for games mainly focuses on in-app purchases.

Along with E-sport, as mentioned above, the Korean population prefers playing games on mobile phones to use consoles or PCs. To make the best use of this characteristic, some outstanding products on PC have been converted to mobile systems such as Blade & Soul, Lineage, etc. “Playing games on mobile” can be considered as amongst the remarkable elements of the culture which people call the Korean wave.

Besides, with a large proportion of 43% female gamers and the highest percentage players at the ages of 21-35 and 36-50, there is a lot of players showing an inclination to games with teamwork duties and attractive visual-graphic design of aesthetic taste. Consequently, the game needs to not only be strong in content but also in outfits, characters, situations and other kinds of factors that make gamers have the feeling of being a part of the social gaming network that producers have created.

There is no doubt that Korea is a paradise for mobile games and online games. The infrastructure, gaming culture and technology development all provide maximum support for both domestic and foreign investors. However, this market exhibits some distinctions that need to be seriously taken into consideration.

KakaoTalk began as a native messaging app and until now it is the dominant social network used by 99,1% of smartphone owners in South Korea. Taking advantage of its popularity, KakaoTalk’s producer also introduced Kakao Games as a gaming distribution platform for releasing simple games, which allows users to connect with friends via available network data in KakaoTalk. One of the most favourite games that strengthen KakaoTalk’s position is AniPang – a game similar to Candy Crush. Clearly, thanks to plenty of users and a firm foundation of the ecosystem, KakaoTalk deserves to be a great platform for international mobile games companies to collaborate with. Nevertheless, remember that KakaoTalk is still a messaging app and may have some requirements of suitable localization for your games.

Korean people have a high national self-respect. Therefore, the formal and written text needs to be displayed in suitable form with high adaptability to the native language and fit in with their common sense. Thereby, your company will have less trouble in localizing your content into the Korean game market.

The localization of content and visuals is always an important factor that directly affects the success of international games in South Korea. To deal with these problems, it is essential to have profound knowledge and understanding about not only specific culture or aesthetic tendencies but also the relationship of Korea toward other countries.

In addition, since the majority of smartphones used in the country is Samsung brand with a large screen, the visual experience and spatial awareness in such mobile devices is a point that should be paid attention to.

That is to say, Korean game localization is not an easy task and needs to be performed by professional teams.

South Korea is a potential market but a difficult one to penetrate into. Especially in such a country with the enormous strength of public opinion, the best solution to prevent all of the unexpected problems is to perform professional localization given by experts. Gaming and localization should be combined together in order to thrive in the Korean gaming market. With long-term experience in localization for business in the Korean game industry, GTE Localize provides you with a high-quality Korean game localization service for a wide range of types.

Get further information about us here! 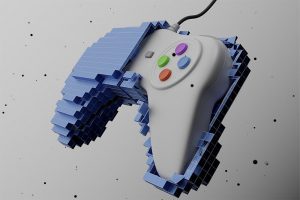 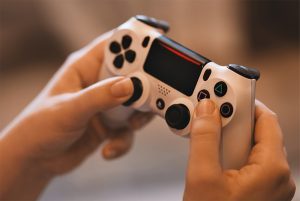 What You Need To Handle Before Launching Your Game Translation Projects?