Why Should You Localize Your Content in Malaysian market?

The Malaysian market is among the most potential ones in ASEAN because it has a dynamic economy and a pro-business government that has made Malaysia a trusted commercial partner of many Asian countries. Also, it is an increasingly attractive investment destination for international investors.

Our today’s post will point out 5 highlights of this market to explain why it deserves your Malay language localization investment.

As Malaysia is located in the heart of ASEAN, it offers a getaway to regional markets of over 600 million people. Kuala Lumpur – the capital of Malaysia – is a modern and vibrant city with skyscrapers, buildings with unique architecture and a lot of crowded shopping centers. In addition, major business centers in Asia such as Singapore, Tokyo, Beijing, Hong Kong, Shanghai and Seoul are reachable from Kuala Lumpur within a couple of hours. Having a strategic location has created an attractive Malaysian market where both international and ASEAN investors want to put money into it.

2. The Malaysian market – A robust economy

According to the IMD Competitiveness Index, the Malaysian economy was the 14th most competitive market in the world and fifth among countries with a population of over 20 million, which placed it above places like Japan, Australia, and the United Kingdom.

Between 1957 and 2005, the country reported gross domestic product (GDP) growth of 6.5% on average, which has made it one of the best performing economies in the region.

In 2019, the GDP of the Malaysian market reached 365.3 billion USD, ranking third largest in Southeast Asia, 12th in Asia and 33rd in the world. In addition, Malaysia is also one of the Southeast Asia countries with the highest standard of living and has a low unemployment rate.

According to the AmBank Research, the economy of Malaysia in 2021 will be recovered by the positive influence of GDP and global trade improvement. Besides, measures to stimulate the economy and the anti-COVID-19 campaign with a plan of vaccinating over the nation have been implemented to encourage consumers and entrepreneurs. Therefore, the country is expected to grow between 6.5% and 7.5% in 2021 despite Covid-19.

All these figures are to demonstrate that the Malaysian market has great potential and room for growth and development and is worth investing in by foreign companies.

Starting a company in Malaysia requires only three procedures, 5.5 days and costs 7.2% income per capita in fees for company registration, ensuring an investor a simple and lucid process when they choose to enter the Malaysian market.

The Malaysian government provides incentives to organizations to set up in Greater Kuala Lumpur to encourage the private sector and foreign investors’ participation in the economy. It includes grants, funds, tax incentives, and expatriate employment incentives.

Straightforward and rapid procedures to register your business have made Malaysia a promising market for global investors who want to expand their business.

According to EF, Malaysia was ranked 30 out of 100 countries surveyed with a 547 score, which is considered as “Moderate proficiency”. Today, children from primary schools in this country have to learn 3 compulsory languages including Bahasa, Mandarin and English. While young and educated Malaysian have a good command of the English language, older generations don’t. Having profound knowledge about the language of a country is the key to help you integrate into its culture and then develop your business. What’s more, local people will prefer products that are in their mother tongue, localizing your content into the Malay language, thus, is essential if you would like to reach wider audiences in the Malay market.

Malaysia is an incredibly diverse country, containing many different ethnicities, languages and religions. However, more than 60% of the country’s population is Muslim, so the culture of the country that dominates over other cultures is still mainly influenced by Islam.

In addition, Chinese and Indian culture have also thrived in Malaysia. People from each ethnicity have generally retained their ancestors’ cultural customs, so Malaysian society accommodates a rich variety of lifestyles, beliefs and values.

On the one hand, cultural diversity has a positive impact on the country’s development because it attracts visitors and foreign companies, generating high profit for the Malaysian market. Plus, culture richness is a bridge that narrows the cultural gap between Malaysians and people from other countries in the world. On the other hand, having a multitude of different beliefs (religions), traditions, ethics and cultures, foreign companies without deep knowledge about the market are likely to fail or offend the locals, negatively affecting the development and fame of the company. Therefore, it is necessary that your business does research and localization about the Malay language from professionals or experienced teams in the localization industry.

Above are 5 reasons for localizing your content in the Malay language that we think you should consider if you would like to promote your company in this potential market. With our team of experts in both the translation and localization industry, we will provide you with the best Malay language translation and localization service. Don’t hesitate to contact us for more information. 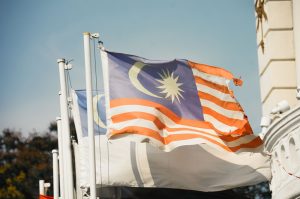