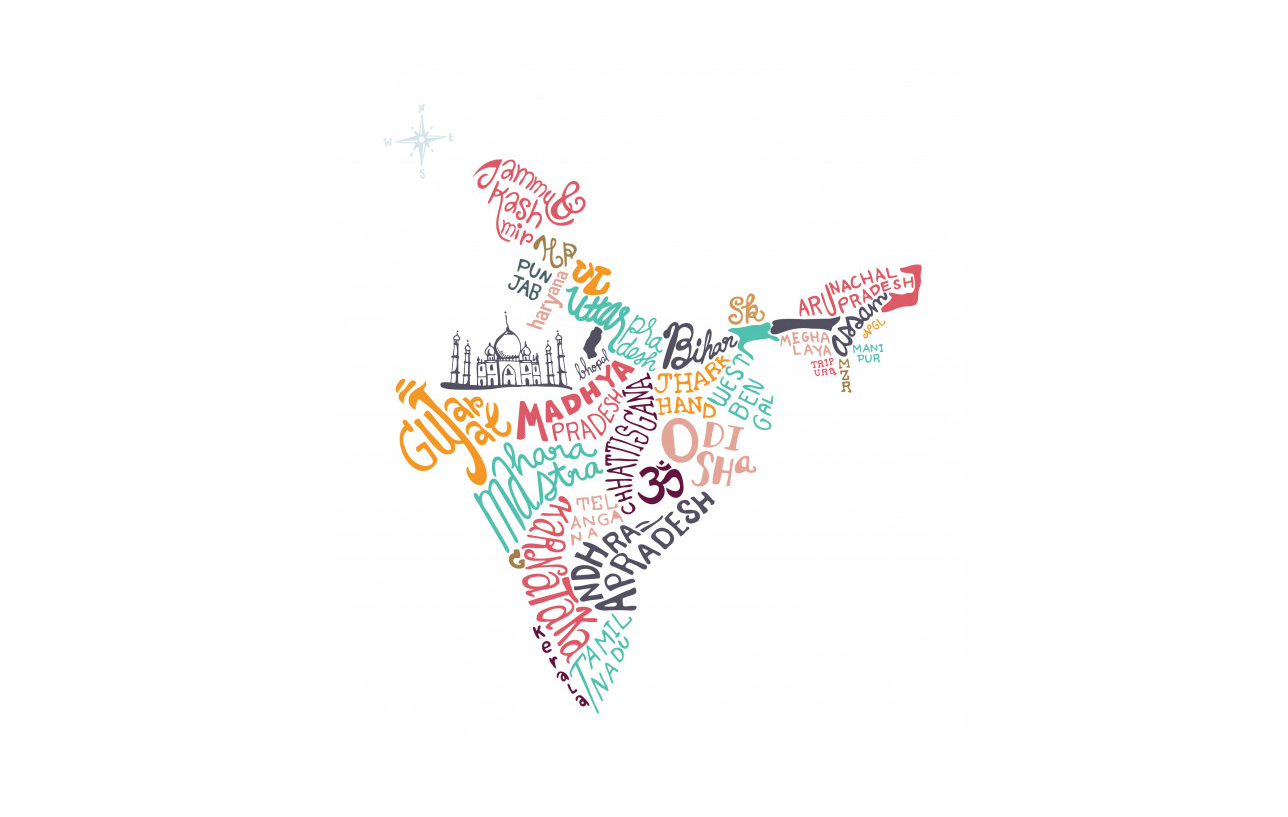 Which Languages Of India Should You Localize Content Into?

India is the world’s sixth-biggest economy in 2020 and is expected to overtake the UK to become the fifth largest in 2025 and the third-largest by 2030. India is also the fastest-growing market for e-commerce. This sector is estimated to grow to $200 million by 2026 from $38.5 billion as of 2017. Following this strong economic growth is a huge number of business opportunities for foreign companies in the Indian market.

However, the fact that the Eighth Schedule to the Constitution of India officially recognizes 22 languages of India can give any foreign businesses a hard time when it comes to translation and localization of business documents and materials into this market. Which languages of India should they localize content into? How many languages would be enough?

The good news is although there are 22 languages officially used in India, about 89% of the Indian population speak the top ten languages including Hindi, Bengali, Marathi, Tamil, etc., making it easier for your company to choose suitable languages.

In today’s post, we will discuss the most widely used languages of India and give you some tips on finding the answers to the two questions mentioned above.

Most Popular Languages of India

Hindi is the most widely spoken language in India. Over 528 million Indian people use it as their mother tongue, accounting for about 41% of the Indian population.

What’s more, Hindi is one of the two official languages of the Government of India and the official languages of 9 states and 3 Union Territories in India. It is mostly used in northern India, Nepal, Fiji, and Afghanistan, making it the fourth most spoken language in the world (with 692 million speakers worldwide). 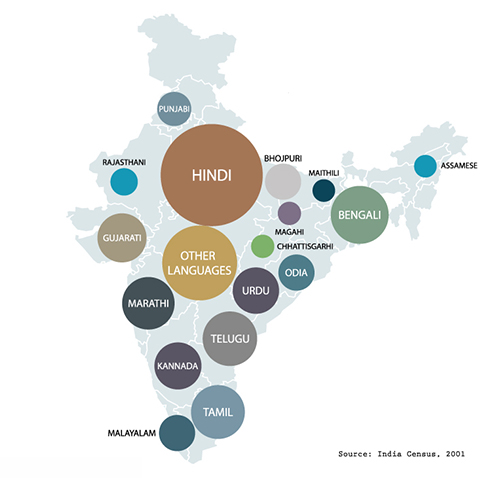 Being one of the most spoken languages of India, Bengal is the first language of nearly 100 million people in this country. It is the official language of the states of West Bengal, Tripura and the Barak Valley region of the state of Assam.

These regions speak Bengali as they are in proximity to Bangladesh, whose official language is also Bengali.

With a total of 99 million speakers (over 83 million of which are native speakers), Marathi is in the top 10th most spoken languages in the world.

This 1300-year-old language has a total of 42 regional dialects, many of which have similarities to Eastern Hindi.

Being among the 22 official languages of Indian and the fourth most spoken one, first-language speakers of Telegu account for about 6.8% of the whole Indian population. People who speak this language (both first, second, and third language speakers) are mostly living in the Indian states of Andhra Pradesh and Telangana, Karnataka, Yanam, the Andaman and Nicobar Islands, Odisha, Chhattisgarh, Maharashtra and Tamil Nadu.

Being one of the oldest languages that are still in use in the world, Tamil is widely spoken in India by a total of 77 million Indian people living in the Indian state of Tamil Nadu and the Indian Union Territory of Puducherry.

English is one of the official languages of the Government of India, along with the Hindi language. Most Indian people do not speak English as their first language, but later learn it for business purposes. It is estimated that 12%-30% of Indian people can speak English.

Does that mean having a website in English is enough for this market? The answer is no. While English is heavily used in Bangalore, Mumbai, Chennai, Hyderabad and Delhi, it does not mean all Indian people are fluent in English. In fact, many people, especially those who live outside urban areas have little or no understanding of English.

What’s more, Hinglish –  a mix of Indian languages (including Hindi) with a sprinkling of English – is spoken by about 350 million people in India. People speaking Hinglish naturally switch between two or more different languages and merge them into one. Some prefer using this form of language as it is a wonderful mixture of the traditional Indian language and culture and a touch of modernity.

Which Languages of India Should You Localize Your Content into?

It is no surprise that a vast market size like India has a diversity of languages and great complexity in its culture. That’s why the questions of which and how many languages should you localize your content into are not easy to find answers to. The decision should be made based on various criteria. Below are three key criteria that we recommend you take a look at before making any decision on translation and localization in India.

We hope the provided insights into the different languages of India will help you establish and implement an effective localization program that brings you great success in this 1.3 billion population market. For any inquiries about Hindi translation services, don’t hesitate to contact us for free consultancy.