Korean Culture and Traditions: How They Affect Your Success in the Korean Market?

It goes without saying that just translating words from one language into Korean is insufficient for a company to succeed in the Korean market. Businesses must go one step further and adjust their Korean translations to reflect the rich and diverse Korean culture and customs. This stage ensures that the translated text sounds authentic and captures Korean readers’ attention (or at the very least it does not offend the culture and national pride of Korean people).

Let’s dive deeper into the essential features of Korean culture and values that you should be aware of in order to succeed in this market.

South Korea is a power-distance and hierarchy-heavy country. In greetings, the lower-status person bows to the higher-status person. During meals, higher-ranking individuals and senior members of the family are meant to sit in the room’s centre or head position and have their food served first. When it comes to addressing one another, Koreans refer to each other by their titles rather than their first names.

The power gap in Korean culture also plays an important role in business negotiations. Senior Koreans do not feel respected if they have to negotiate with junior employees from your business. You must send someone with the same or higher senior levels if you wish to seal the deal with them.

Despite the fact that junior personnel may have a better understanding of the issues at hand, senior managers are the ones who usually make the final decisions. As a result, when collaborating with a Korean company, you should concentrate on the decision-makers.

But that does not mean you can ignore the juniors. They are still the ones who work directly with you and suggest opinions to the senior managers. Thus, maintaining communication with them is also crucial. For example, you should send business documents such as brochures and marketing materials to both the senior managers and their subordinate workers.

The exchange of business cards is important in Korean culture, and Koreans do so in a certain manner. During initial interactions, business cards are typically exchanged following the handshake.

When passing the business card to others, people are required to use their right hand. It is recommended that you nod your head after getting the card to express your gratitude and respect. And don’t forget to avoid staring too much at the card as it is considered rude and offensive to Korean businessmen.

Personal relationships are important for doing business in Korean culture, and they should be developed before the start of the business process. It is critical to have solid personal connections based on mutual trust and benefit in order to be successful in this market.

In Korean culture, it is highly beneficial to be introduced by a common friend or acquaintance at the proper level in order to create personal relationships. Once your business has been successfully presented to the Korean company, it is important to exchange the necessary papers, such as corporate brochures, proposals, etc. After that, maintaining the relationship through regular contact is recommended.

Because conducting business in South Korea is dependent on personal relationships and trust to some extent, it normally takes longer to seal a business deal. The negotiation is frequently completed across numerous meetings. The first encounter is generally the start of the process of developing a business relationship. For a while, there may be nothing that pertains to the real business at hand, with the majority of time spent exchanging pleasantries, and other minor details. If you show impatience, it may destroy your opportunity to collaborate with the Korean partner.

Maintaining face is important in both business and personal life in Korean culture, as it is in other Asian nations. Koreans strive to maintain a harmonious atmosphere in which a person’s kibun (their attitude or sensation) may stay balanced via their social etiquette and behaviour.

People prefer to act in ways that respect others’ thoughts and feelings, and they may sometimes delay saying no or giving bad news in order to avoid hurting others’ feelings. Openly opposing, publically criticizing, or insulting someone is a definite way to lose business in Korea. Giving genuine praises, showing respect, or doing anything that boosts self-esteem is preferable.

Language is an important part of any culture. It is the way through which individuals communicate with one another, develop bonds, and foster a sense of belonging. That is why, in order to prepare for a successful Korean translation project, you must first learn the foundations of the Korean language.

Korean is the first language of over 51 million people in South Korea and is spoken by a few million in the United States, Japan, etc. The Korean language has numerous unique features that affect how a document is translated. For instance, the diverse speech levels of the language require you to make a careful and wise choice of equivalence. Text expansion is also an issue that needs to be paid attention to.

For more details about how the Korean language impacts your Korean translation project, follow this article.

Are you planning to enter the Korean market? If you do, the first step is to acknowledge Korean culture and customs, as these aspects impact your customer behaviour in the Korean market. They will also spare you from humiliation or misunderstandings caused by cultural differences between you and the Koreans.

GTE Localize is a professional Korean translation company with offices in many big cities in Asia and America. We have a large network of native Korean translators with extensive knowledge of Korean culture, language, and traditions. When you work with us, you can be assured that your Korean translation projects are handled by the best Korean localization professionals in the industry. 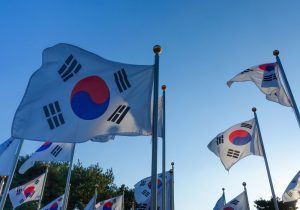 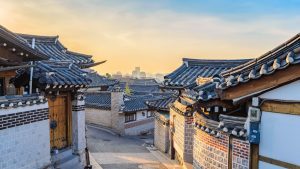