Thailand’s cultural richness, together with its native language, combine to create two main obstacles for any foreign company when entering this market. To grasp the opportunity for success in Thailand, localizing your content into Thai services is an absolute necessity.

With the help of our native Thai translator, Panakarn Laphasupthaweekul, GTE Localize has listed some of the most notable factors and tips for a successful Thai localization project.

1. No Space between Words

The Thai language does not use space to separate words and phrases in a sentence. Instead, it uses a set of rules to help people recognize words. Once you get familiar with these rules, you will not even notice the lack of spaces between Thai words anymore.

Some of the rules are as follows:

In Thai localization, no space between Thai words poses a great challenge for the Desktop Publishing (DTP) step. If your DTP-ers are not native Thai speakers or fluent in Thai, there is a great chance that they will make mistakes in breaking lines, causing unreadable content.

Panakarn informed us that “Line break is always a problem found during the final process of the localization. Wrong breaking between words makes them unreadable. Computers cannot automatically detect words correctly and human recheck is highly recommended.”

To make sure no unfortunate mistakes are made in this step, you should only let native experienced linguists and DTP-ers handle your content. After the DTP step, investing some time and money to hire a native Thai editor to review the whole documents again is a should.

Although the Thai language does not use space to separate words within a sentence, spaces are required in different cases. In fact, the rules for spacing in the Thai language might be a little tricky and complex that even some native Thai people use them in the wrong way.

We have found an informative article by Suphawut (Bryan) Wathabunditkul about the spacing in the Thai language with a detailed guideline on how to use spaces the right way in Thai. We would like to share some notable spacing rules below. For the full guideline, please visit Bryan’s article.

These rules will be helpful for you in the process of creating your own translation style guide for your Thai localization projects, guaranteeing consistency in the use of spaces throughout the whole documents.

If you are only familiar with the use of pronouns in English which depends on only 3 factors – person (1st, 2nd, or 3rd), number (singular or plural), and genders, you will be confused with the pronouns in Thai. In the Thai language, to choose a suitable pronoun, you need to consider some additional factors like formality, respect, politeness, familiarity, etc.

Since using the wrong pronouns can confuse or offend addresses, your company should be extra careful when choosing the pronouns to communicate with your customers. Our advice is always to research your target audiences, understand the culture of the target locales, and seek consultancy from native Thai localizers. Based on the customer insights you gain from research, the native localizers will help you choose the most powerful pronouns for a successful project.

The Arabic numerals are widely used by the Thais in writing in most situations. The Thai numbers, on the other hand, are limitedly used in a very formal context such as legal documents for the government or the court and sometimes in the house address label.

In Thai localization projects, you should carefully check which number system should be used for your types of content to bring the best reading or experience for Thai audiences.

Thai people use two calendar systems alongside each other – the Thai solar calendar and the Thai lunar calendar. The use of two calendars sometimes confuses linguists and require conversion between the two to match the types of content, context, and audiences. Thus, when working on a Thai localization project, you should clearly mention to your linguists what calendar should be used.

Below is the checklist of localization details for the Thai market you should consider:

We hope the Thai localization insights in this article will help you find great success in the Thai market. If you are planning on localizing your content into other Asian languages, download our free whitepaper for more localization tips into 10 major languages in Asia. 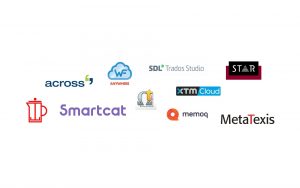 24 Basic Questions to Ask When Selecting a Translation Partner