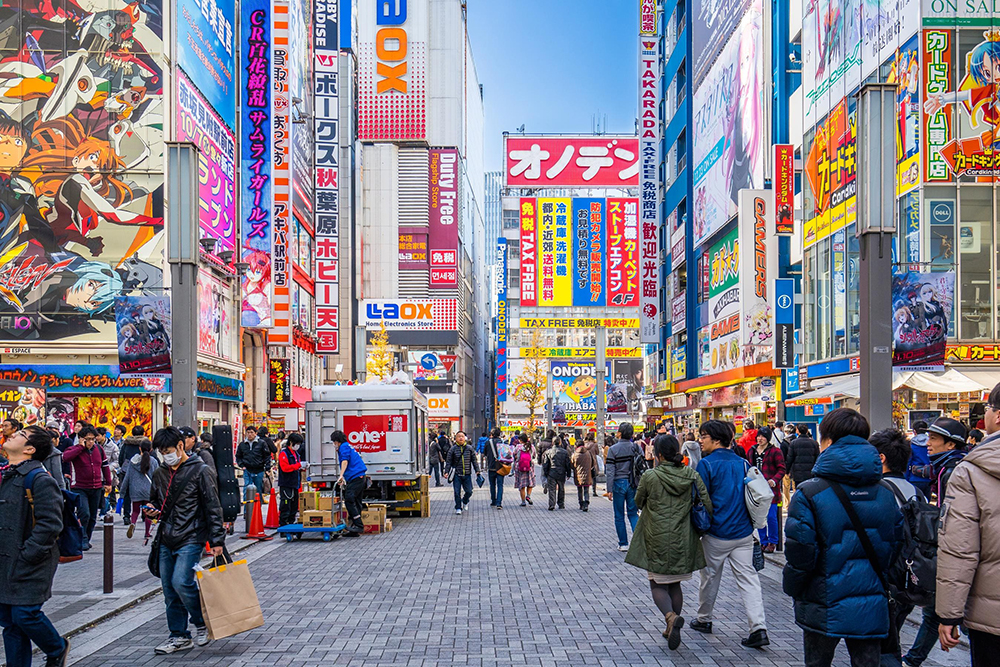 As one of the world largest developed economies, Japan is considered a potential market for foreign companies investing in Asia. More than that, its cultural richness and diversity draw the attention of millions of visitors every year, creating major opportunities for tourism and other businesses. Before you start a Japanese localization project, there are a few things you need to know about the Japanese language and culture.

The use of three writing scripts in Japanese results in a huge number of words that have multiple ways to write and are used in different situations.

Take the word “egg” as an example:

タマゴ (Katakana) is mostly used on the price labels of eggs in supermarkets and たまご (Hiragana) or 玉子 (Kanji) can be seen in documents and books.

For a sucessful Japanese localization project, you should consult native Japanese linguists to choose the writing styles that suit your target audiences and content purposes.

Another factor that makes Japanese localization challenging is the diversity of Japanese honorifics. The Japanese language uses honorific suffixes to refer to other people in a conversation. Suffixes (referred to as Keigo) are used at the end of people names, usually gender-specific and show the formality level while

Some common honorifics in Japanese include:

Honorifics are used to show the speaker’s respect for others. Not using honorifics or using the wrong ones are both considered rude and offensive. Thus, in localization, your company should carefully choose the honorifics to make a good impression on target audiences. Generally, the level of formality you should use depends on the types of content, buyer persona, and context. For the best choice of honorifics, you should consult a native linguist or translation agency who understand deeply the Japanese language and culture.

Another note is that, in most cases, the level used in Japanese is not the same as that in the source text. So proper research on the Japanese audience will be necessary before you make this important choice.

In general, both horizontal and vertical writing orientations are widely used by Japanese people nowadays. Vertical orientation is likely to be seen in traditional content, historical books, novels, and other humanistic writings while horizontal writing is more contemporary and used in most business documents, scientific writings, and more. Sometimes, both orientations are combined, especially when people need to make the most out of the space in newspaper or magazines. 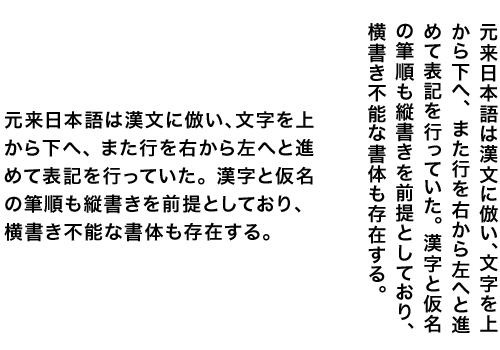 Talking about screen-based media, horizontal writing in the Japanese language is the dominant choice. It is used for movie subtitles, websites, mobile phone screens, etc.

With the suggestion above, we hope you are able to choose suitable typography based on your content purposes and where it will be published. And don’t forget to specify which typography you want to use in your Japanese localization style guide for translators.

The choice of Japanese writing orientations will have an effect on the design of your content. Because for vertical text, the binding is on the right-hand side and the pages progress to the left which is in contrast to the horizontal text.

Like any languages in the world, Japanese has loanwords. A great number of loanwords were borrowed from the Chinese language during ancient times. In modern days, most loanwords in Japanese originate in English. One interesting thing is, Japanese people, handle loanwords in an “unlike-anyone” way. Japanese borrowed words have completely different meanings from their original words in foreign languages. For example, Christmas Cake (written クリスマスケーキ and pronounced “kurisumasukeeki”) normally refers to a type of food that is eaten on Christmas in English. But for Japanese people, it has an additional meaning – to refer to a woman not yet married by 25, as she is said to lose value after the 25th.

This example above is used to say that when handling Japanese localization projects, don’t guess. You should only let experienced and native linguists work on your content and avoid free machine translation on Google Translate or Bing Translate. And remember, always double-check the meanings of loanwords.

For some cultures, small imperfections can be accepted and tolerant. However, that’s not the case for Japanese audiences. Japanese people usually expect pure perfection. If you write an email offering new products to Japanese customers and make mistakes right in the opening, there’s a high chance that your email goes right into the Bin or Trash.

Likewise, in game and software localization, Japanese people are willing to pay for finished products instead of using beta versions.

So what is the solution? It is highly recommended that for Japanese localization projects, texts should be translated, edited, and proofread by three linguists, or in other words, you should use TEP instead of TO (Translation Only). This is because in many cases, especially for marketing materials and games, accurate and error-free translations are not enough. They need extensive corrections and finishing touch from editors and proofreaders to perfect the tone and get the authentic feel for your content.

Below is the checklist of localization details for the Japanese market you should consider:

Japan is a country with rich culture and beautiful yet difficult language. To conquer this market, we recommend you use the  insights and advice we mentioned above to establish a smart Japanese localization strategy that will help you make a splash in the Japanese market. 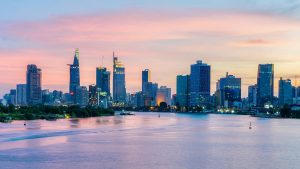 Why Should You Localize Your Content in Malaysian market?