To reach your Indonesian players efficiently, it is clear that you must use good Indonesian game translation services.

Indonesia is a must-visit if you’re looking to promote your games in Asia. Indonesia, the country with the fourth-largest number of gamers, is one of the “Big Six” countries for mobile gaming in Southeast Asia.

Furthermore, there are already 111 million gamers, with the potential for a massive rise in the future, and Esports is an official sport.

In this article, we will explain why Indonesia is an unmissable market for any game business using Indonesian game translation services.

Indonesia has a flourishing game industry

Why should you use Indonesian game translation services? In Greater South East Asia, Indonesia accounts for 40% of the total gaming market (GSEA). With an ARPU of nearly $16, 111 million regular players are there.

Foreign developers have achieved domination in the Indonesian game market.

PC and mobile games generated $765 million in revenue in 2020 with both areas exhibiting considerable growth. The market has grown steadily over the last two years, particularly in mobile games which have increased by 40%.

With $1,9 billion in revenue this year, Indonesia is predicted to be among the top 20 games revenue countries in the next five years, rising to $2,7 billion.

Only 65 percent of Indonesians have access to the internet, so there is still room for growth.

Mobile is a popular game platform in Indonesia

Many Indonesians who have access to the internet play video games on their smartphones. With 120,7 million mobile gamers, Indonesia is one of the largest marketplaces for mobile revenue in Southeast Asia, ranking among the “Big Six” mobile gaming countries.

Mobile games bring in twice the amount of money as PC games. This gap could be explained in two ways:

According to Statista, mobile users will continue to grow over the next five years, adding up to 16 million new users by 2025.

When it comes to Indonesian game translation services, you must take into account IOS and Android. Like many other rising markets, the Android operating system has a significant advantage in terms of installs and downloads, but the iOS App Store has a higher monetization rate.

The influence of COVID-19 on the Indonesian video game market

In-app purchases for mobile gaming have increased by 11%, according to AppsFlyer. As people were forced to take healthcare measures and stay at home, interest in esports has grown fast.

Indonesian gamers were willing to pay for in-game purchases, memberships, and game downloads in 2020. The most popular monetization tactics are in-game advertisements and in-game purchases.

On the other hand, Indonesian mobile gamers prefer free games. A freemium business model is used by the majority of mobile games.

Interesting note: Indonesian mobile gamers prefer paying for games with credit cards and iMoney. On the other hand, PC gamers pay with a credit card and online banking from home or with cash in Internet cafes.

E-commerce and digital services have been subject to a 10% VAT since August 2020. This has also had an impact on game prices.

MOBA, Battle Royale, Shooting, RPG, and Advanced Casual are the most popular genres.

The most popular mobile game genre in 2019 was action, which accounted for 20% of downloads and 43% of revenue. After them, there were arcades and simulations.

The genres of trivia, casino, and card games appear to be the least appealing to Indonesian players.

The Indonesian government encourages foreign game developers and investors to invest in Indonesian games. For example, eSports is an official sport with state-sponsored esports championships.

Fun fact: Indonesia boasts the most mobile esports tournaments in Southeast Asia. The MPL, FFIM, and PMNIC are the most well-known esports competitions. For example, the ID Season 6 Grand Final of the Mobile Legends Professional League drew around 3 million people.

Almost half the gamers play games every day, and a fifth play four to six times each week, averaging 30 to 60 minutes every game.

In Indonesia, specific game video platforms such as Nimo TV and Cube TV arise where gamers can communicate with influencers and players. As of 2019, Indonesia has a GoGames platform that offers gamers content, functions, and payment options.

The Line app is also well-liked for chatting and playing simple games. Before Covid-19, internet cafés were a big part of the gaming culture, where players would meet and play esports. Even an Internet Cafes Business Association collaborates with publishers and other gaming organizations.

You need to localize your games when it comes to Indonesian game translation services.

Indonesia is famous for its many languages, cultures, religions, and political systems. It presents some difficulties for multinational enterprises looking to access this market when it comes to linguistic and cultural boundaries.

Before you start working on your Indonesian game translation services, there are some things you should consider:

If you want to discover more Indonesian and other Asian localization tips, download our free white paper here.

Choose a budget-saving partner for your Indonesian game translation services

Last but not least, Indonesian gamers value high-quality graphics and no lag in their games. Before trying out a new game, they frequently rely on word-of-mouth recommendations. Localized games using Indonesian game translation services stand a better chance of being praised.

Based in Indonesia, GTE Localize is a trustworthy partner for 200+ B2B businesses globally with fast turnaround times and high-quality translation & localization services.

Are you prepared to take on Indonesian game translation services? Contact us for a personalized recommendation on this profitable market for your games. 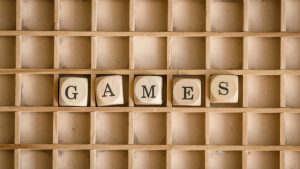 6 Pro Tips To Save Money On Indonesian Localization Projects 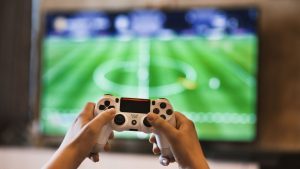 An Ultimate Guide to Create a Perfect Game Localization Kit