How to Say Happy Birthday in Asian Languages

No matter where you come from or which language you speak, a birthday is a special event that everyone deserves the best wishes. It is even greater when you can send your wishes to your foreign friends in their native languages.

In this article, we not only help you learn how to say happy birthday in different Asian languages but also give you a look at how people in these countries usually celebrate their birthdays.

Traditionally, Chinese people did not celebrate their birthday yearly like most Western countries. Birthdays were mostly celebrated only when people were very young or very old. However, now birthday celebrations are held more often. In this special event, it is a traditional custom that they eat a bowl of longevity noodle (寿面 – shòu miàn) which is only made from one single noodle and try not to break them until they finish eating. It is a custom to wish for long life.

お誕生日おめでとうございます (Otanjoubi Omedetou Gozaimasu) is the most common way to say happy birthday in Japanese.

Known as one of the longest life expectancies in the world and has 80,000 citizens who are over 100 years old, is there something special about the Japanese’s birthday celebration?

Yes, there are several particular birthdays that are paid more attention to Japanese culture. The 60th birthday of a Japanese person is called Kanreki and it represents a full completion of the five cycles of life and from now on, people are “reborn”.

Rice (米 ), which represents wealth in Japanese culture, can be created from the kanji for 88 (八十八). This is the reason why the 88th party is considered a milestone for wealth living.

Of course, it is a goal for everyone!

In Korea, 100 days after you’re born is your first birthday. That is the reason why the Korean age is different from the international age. Parents usually prepare a feast for their children on their birthday. They also put some small things on the floor for children to pick and the first thing picked will represent children’s future job. Korean people also send rice cakes to other people to bring long life. Selamat Hari lahir is the way to say “happy birthday” in Malay – the official language in Malaysia.

On the first birthday of a Hindu child, he or she is tonsured as removal of the hair symbolizes the renewal of the soul. On this special day, children usually wear new dresses and touch other’s feet to seek their blessings. Spicy curry, chutney and rice pudding are some common foods for birthday parties in India.

You can say “Chúc mừng sinh nhật” or “Sinh nhật vui vẻ” when coming to a Vietnamese friend’s birthday. Both of the sentences mean “Happy birthday”.

In the Indonesian language, Selamat Ulang Tahun is the most popular way to say “Happy birthday”. But with your friends, you can say Hei, Met Ultah! (Hey, Happy Birthday!) to create a sense of warmth and intimacy. This is usually the first sentence when you meet the birthday person.

So now you know some more ways to say “Happy birthday” in 8 Asian languages. Don’t forget to make your wish perfect by adding a smile and see how people light up their happiest day! 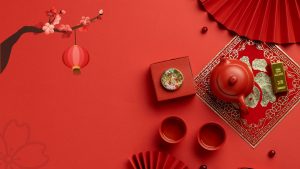