German is the native language of around 130 million people globally, making it the most frequently spoken mother tongue in the European Union. German is also an official language in 4 countries: Germany, Belgium, Austria, and Luxembourg. What’s more, it is a co-official language of Liechtenstein and Switzerland.

When it comes to English to German translation, while the two languages have many similarities in vocabulary and sentence structure, there are certain grammatical, stylistic, and cultural differences to be mindful of. In our post today, let’s discuss some of the challenges you will face when handling an English-to-German translation project (or vice versa). We will also share some tips that help you overcome these difficulties and get the best German translations.

#1. German Alphabet Has Some Additional Letters

The German alphabet is made up of the twenty-six letters of the ISO basic Latin alphabet, which is the same as the English alphabet, plus a few more letters: Ä, Ö, Ü, and ẞ.

Because these symbols are quite frequent and are exclusively used for specific nouns, they have little influence on English to German translation. However, by going through the internationalization process, you can ensure that your website and application can accept them.

When compared to the original language, the length of translated words might shrink or expand dramatically, resulting in either a shortage or an abundance of white space. In the case of English to German translation, the typical German word has 10.6 letters, while the average English word contains only 5. German is well-known for being one of the longest languages. This is not always due to German being more expressive, as is the case with French.

In general, you should expect a 35% expansion in the text length when handling an English to German translation project. To ensure the layout of the translated documents, you should take an extra step – use desktop publishing services. Desktop publishers will modify the size of words or change the fonts to guarantee the design of the translated document is as similar to its original as possible. We recommend you use this step if your documents contain many visual elements.

In German, you use different agreements and tenses for three genders: masculine, feminine, and neuter. Since English does not add gender to nouns, this adds another degree of confusion for English speakers.

There are 16 distinct ways to pronounce “the” (der, die, das) depending on gender, case, and plurality:

The level of formality is another thing you need to pay attention to when working on English to German translation.

Due to the complexity of German grammar, you should only let professional and native German translators translate your content. The German translators you work with must have a great command of both English and German languages as well as a deep understanding of the German culture.

#4. Many Words And Phrases Cant’ Be Translated

German, like other languages, has its own vocabulary and grammar that are distinctive to its history and culture. If you have ever tried to study it, you have probably discovered that some expressions just don’t transfer well into English or vice versa, not all English expressions have their equivalences in German.

In such cases, transcreation might be needed. You will need translators who are fluent in both English and German to help you find the best way to translate these seemingly-untranslatable phrases and expressions. Word-for-word translation will not be of help. Translators can use different words and phrases as long as the core meanings of the expressions remain unchanged.

Although you may face a number of linguistic and cultural challenges when translating your content from English to German, achieving a high-quality German translation is not too challenging when you have a well-planned localization strategy and the assistance of a professional German translation agency like GTE Localize.

Contact our team for a free quotation and consultancy for your English to German translation today! 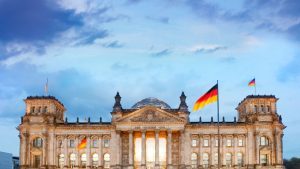 What Useful Tips For German Website Localization You Should Know? What You Have to Know When Adapting German Document Translation?