Increase Your Sales in the Netherlands with Impeccable Dutch Translation Services

At GTE Localize, we’ve made it our goal to deliver cost-saving Dutch translation and localization services that are outstanding. Our professional native Dutch translators are adept in various fields. We are master in your language so your target Dutch clients can easily understand what you mean. Services for any type and format of document translation into Dutch. You can have your documents translated and localized in and out of Dutch or 100 other languages. Thousands of papers have been translated by our staff of native Dutch speakers.

Are you prepared to reach more audiences? As a professional Dutch translation provider, we are confident to be your trusted translation partner as you seek international expansion. Contact our localization team today for a 1:1 consultation.

Dutch Translation Solutions For Your Business

GTE Localize provides a comprehensive range of Dutch translation services, all of which are provided by a talented team of native Dutch translators who are also subject matter experts in their fields. Among our services are:

As our translation platforms and tools work smoothly with any open and closed-source websites, adapting the online language to your website with Dutch localization services is effectively carried out by our native linguists.

We enhance your brand and expand the reach of your message in Dutch by translating marketing documents, marketing plans, marketing promotions, press releases, public relations, etc.

We offer you complete Dutch software and app localization solutions that include optimized content for target customers, as well as descriptions, instructions, user reviews, etc.

With the aid of cutting-edge technological assistance, our Dutch native speaker is able to provide high-quality translation for various popular video formats and platforms without the use of incorrect cultural references.

GTE Localize supports a variety of Dutch language pairs. Some of the most popular language combinations we work with are listed below. Please keep in mind that this is not a complete list. Please contact us for more information.
View all languages

Three Dutch linguists will work on the documents, translating, editing, and proofreading them.

You can get the best quality Dutch translation by working with GTE Localize and following the three simple steps below:

You can get qualified Dutch translation solutions from GTE Localize with a team of talented native translators and subject-matter experts.

Only native Dutch translators with more than 5 years of professional translation experience are assigned to handle your Dutch translation projects. They have excellent language skills and writing abilities, as well as a thorough understanding of a particular domain. In other words, they are experts in their field.

For all of our projects, GTE Localize conducts a QA round, as well as an internal LQA round for high-volume projects. This is to make certain that the Dutch translation you receive is of the highest quality possible. These steps are free of charge because the costs are covered by the GTE Localize team.

Factors To Consider When Localizing Your Content Into Dutch

When localizing into the Dutch market, you should pay attention to the below useful tips for a successful Dutch localization project:
– WhatsApp and Facebook are the most used social media in the Netherlands.
– Dutch people use the metric system of measurement.
– The date format is day-month-year.
– Either dashes or slashes are used as separators.
– The 24-hour clock notations are widely used.
– The full name format is given name followed by family name.
– The address format is recipient name, street name and house number, postal code, and town/city.
– The Dutch language, also known as the Netherlands or Dutch Nederlands, and known in Belgium as Flemish or Flemish Vlaams, is a West Germanic language that is the national language of the Netherlands and one of the three official languages of Belgium. Although English speakers commonly refer to the languages of the Netherlands and Belgium as “Dutch” and “Flemish,” they are actually the same language.
– Dutch is spoken as a first language by approximately 25 million people and as a second language by approximately 5 million people.
– In terms of syntax and verb morphology, Dutch and German are grammatically similar. Pronouns and a few set phrases have become the most common grammatical cases. Surnames and toponyms frequently use inflected forms of the articles.
– Standard Dutch has three genders for natural and grammatical genders, but masculine and feminine have merged for most non-Belgian speakers to form the common gender (with de for “the”). The neuter (which employs het) retains its identity.
– Weak verbs, strong verbs, irregular verbs, and mixed verbs are the four main verb types in Dutch.
– Much of the word order in Dutch is similar to that of German. The subject-object-verb word order in Dutch is subject-object-verb, but the conjugated verb is moved to the second position in main clauses in what is known as verb-second or V2 word order.

How Do Quality Dutch Translation Services Bring You Success? 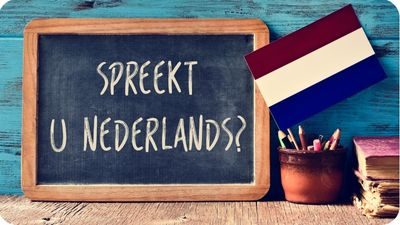 You can reach 25 million Dutch-speaking audiences

English is widely used in this country. However, Do you know people are 4 to 5 times more likely to buy a product from a website that is available in their native language? That means to reach 25 million Dutch-speaking audiences, it is essential that you use professional Dutch translation services to impeccably translate your content into Dutch.

Many abilities serve as a basis for the business’s brand potential. Reaching out to more Portuguese customers is among them. You need to cross the language barrier to expand your presence in the Portuguese-speaking market, which is possible only with Portuguese translation. 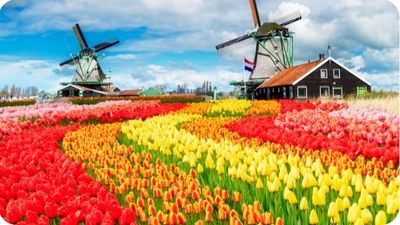 For smooth operation, there should be an understanding of the various people involved in the business, including clients, government, and shareholders. Smooth running is essential for business growth in the Portuguese-speaking market, and Portuguese translation services must be used.

The Dutch translation services costs are calculated based on numerous factors. Three major factors that have a direct impact on the rate are as follows:

You can use the following resources to evaluate the quality of our Dutch translation services:

For more details, please reach out to us.

Yes, the information in your document is kept confidential, and it is only accessible to project-related employees. GTE Localize is willing to sign NDAs to protect the confidentiality of all documents provided by our clients.

Cash, Visa, Bank Transfer, Paypal, and Payoneer are all accepted methods of payment. US Dollars, Euros, and Singapore Dollars are all accepted. If you’d like to pay in your local currency, please contact our customer service team.

GTE Localize is based in three countries namely the United States, Singapore, and Vietnam. We are able to support all major languages in the world thanks to our team of experienced native translators from all over the world. We are proud to be a trusted partner of global from the United Kingdom, the United States, Denmark, the Netherlands, Canada, France, China, Korea, Thailand, and others.

Get Your Dutch Translation Services Started!