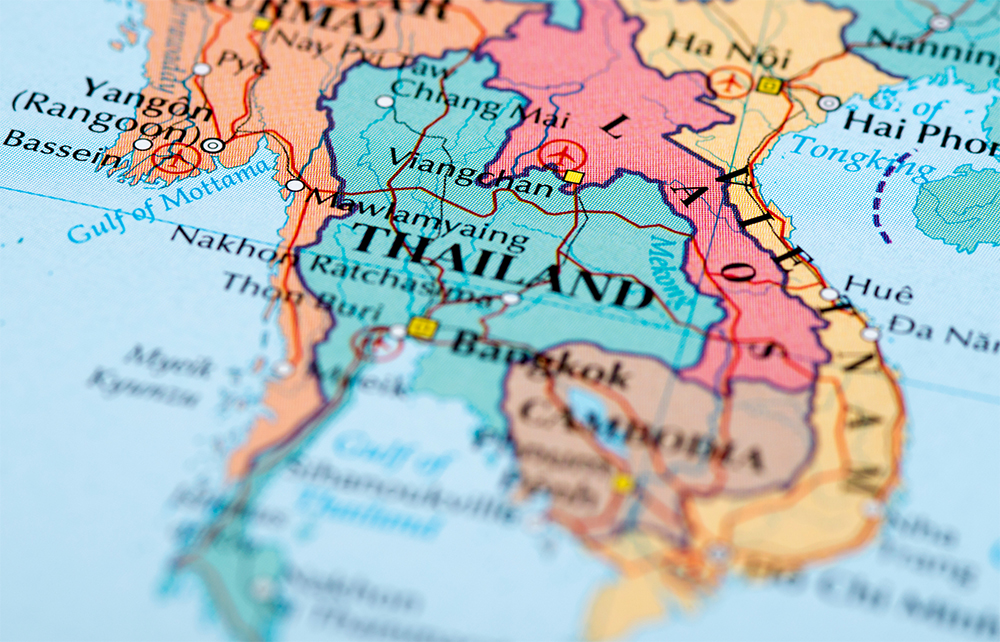 Thai is regarded as a challenging language to translate due to its distinct script and language pattern, along with numerous cultural considerations. To achieve excellent Thai translations, you should have basic knowledge of the Thai language as well as some common challenges Thai translators face when handling your Thai translation projects.

Thailand is home to around 70 living languages, with Thai being the sole official and most widely spoken. Thai is spoken by approximately 70 million people in Thailand and other Southeast Asian countries such as Cambodia, Malaysia, Myanmar, and Laos.

Thai is a member of the Kra–Dai language family which includes a number of related languages spoken in Thailand, Laos, Burma, and Southern China, and Northern Vietnam. Standard Thai is used throughout the country for all purposes — education, media, and communication.

In terms of the written system, the written Thai language was introduced in 1283 by Ramkhamhaeng, the third Sukhothai period king. It was based on Pali, Sanskrit, and Indian concepts, with influence from Mon and Khmer words.

Thai words that sound similar can have entirely different meanings depending on the tone. There are 5 tones in the Thai language including rising, falling tone, high, mid, and low tone. Some consonants have multiple letters that represent different tones. The tone of a syllable is determined by a combination of the consonant class, syllable type, tone marker, and vowel length.

Thai has its own unique script based on the Khmer script, and no link to any other language has been discovered. The Thai alphabet is syllabic and has 44 basic consonants. The alphabet contains no independent vowels. Each consonant corresponds to an inherent vowel. There are 18 single vowel symbols, 6 diphthongs/compound vowels, and 8 consonant-like vowels that can be combined to form a variety of vowel forms and modify the consonants.

Thai translators, therefore, must be familiar with the rule that in order to use other vowels, each consonant is marked with vowel symbol markings, which appear as a subscript following a consonant or as strokes before and/or after a consonant.

#2. Complicated Use of Space

In Thai, the purpose of space is not to separate words or phrases in a sentence. To help readers recognize separate words, Thai uses a set of rules as follows:

Does that mean the Thai language do not contain space? Well, although space is not used to separate words in a sentence in the Thai language, it is used for many other important purposes. For example, space is used before and after a parenthesis or after a question mark (e.g. คุณเป็นอย่างไร? ผมคิดถึงคุณ). People usually use a space before and after English words when they are included in a Thai sentence (e.g. สื่อมวลชนทับศัพท์ al-Qaeda กันไม่รู้กี่แบบ). 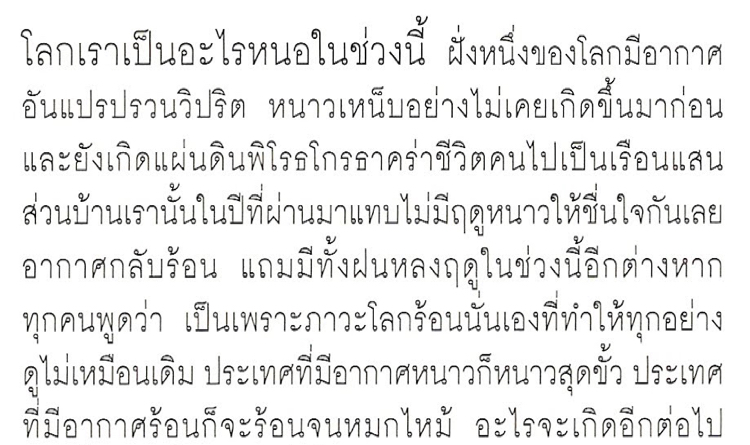 The complicated rules for space use can be a challenge for your Thai translation project. If you break the line when it is not supposed to, the sentence becomes unreadable. If you forget to use space when necessary, your content will become messy and unprofessional. So make sure you acknowledge the basic use of space in the Thai language.

Due to the various and complex rules for space, even Thai natives make mistakes sometimes. Thus, make sure you don’t let just anyone who can speak Thai handle your Thai translation project. You should only work with professional Thai translators who are familiar with the set of rules for space in Thai.

The Thai language contains several distinct honorific registers. Each register has its own set of pronouns, qualifying nouns, and verbs to be used in various social contexts.

Needless to say, to guarantee the quality of a Thai translation project, translators must have a deep understanding of the Thai vocabulary to make good word choices that suit the document content and context as well as target audiences.

While the use of English pronouns is based on three factors namely the person (1st, 2nd, or 3rd), genders, and number (singular or plural), there are numerous factors that determine which pronoun you should use.

Below are some common Thai pronouns: 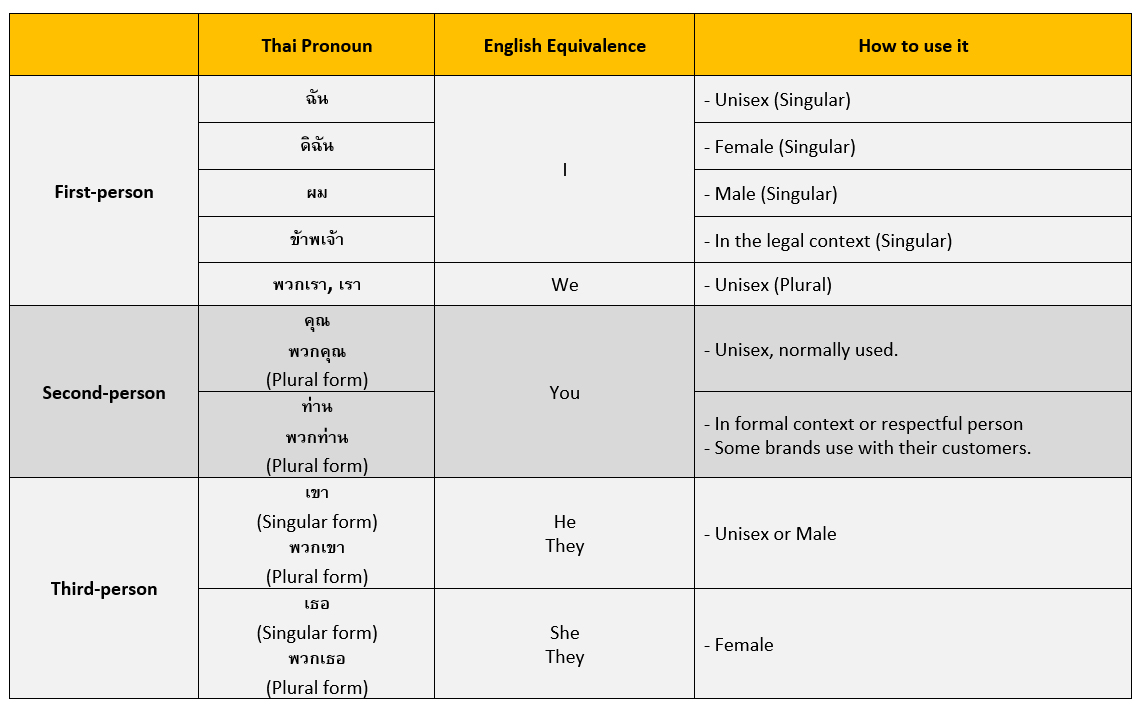 Choosing the suitable pronouns for your content in Thai is no easy task. If you use incorrect pronouns, your audiences might feel confused or even offended. To avoid misunderstanding, our advice is to always conduct research on your target audiences, understand the culture of the target locales, and seek advice from native Thai localizers or use professional Thai translation services from a reputable localization agency. The native Thai localizers will assist you in selecting the most powerful pronouns for a successful Thai translation project.

Don’t hesitate to drop us a line. Our Thai localization experts will gladly give you a free consultancy and quotation. 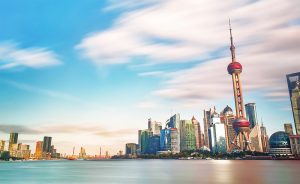 An Ultimate Guide for Website Localization in the Chinese Market 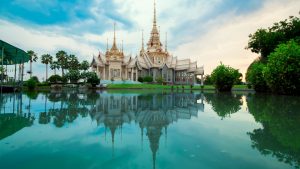