How to Have The Best Medical Translation Following The EU MDR?

Manufacturers of all medical products – whether software applications, patches, or CT scanners – push exports to other international markets because of their commercial opportunities and competitive benefits. Medical translation is becoming incredibly common to stay up with such excellent results.

What Are The MDR Language Requirements?

The Medical Device Regulation (MDR) is a new set of regulations governing the clinical investigation, manufacturing, and distribution of medical devices in Europe. This MDR is almost universally applicable to producers of medical devices sold or exported to Europe, with the primary goal of patient safety.

After a four-year transition since its first amendment in 2017, the Medical Device Regulation (MDR) 2017/745/EU was finally fully implemented on May 26, 2021. Most of the time, medical device companies that want to sell their products in Europe must comply with this regulation to ensure that the information requirements are appropriate for the intended purpose.

Why Do We Need MDR For Proper Medical Translation?

So, why did the EU adopt the MDR, and how should it be implemented properly?

1. Demand For The Language Requirements With Medical Devices in The EU Market

The vigorous development of medical translation with clear standards in a multilingual society gradually eliminates the barriers to cooperation due to international integration in Europe.

In the EU’s spirit, linguistic diversity is regarded as a fundamental value, with the motto “United in diversity”. The European Union’s charters and treaties legally express respect for the EU’s cultural and linguistic diversity. Thus, with its regulations on the mandatory language requirements for medical devices placed on the EU market, the MDR was born as an impetus to meet this obligation.

People in the EU are increasingly putting their health and safety first. According to the statistical report by Eurostat, on average in the EU, it is estimated that healthcare costs amounted to 9.9% of GDP in 2017. As a result, these medical device language requirements are one of some new stringent measures introduced by MDR to ensure that medical translation is properly communicated to customers.

2. Medical Information and Documentation Can Be Categorized by Its Intended Purpose

As previously stated, each EU member’s medical translation for medical devices must be relevant to the intended reader. The following are two characteristics that translators or partners must understand to accurately practice MDR:

Medical device manufacturers must ensure that the information types such as packaging, IFUs, and websites are translated into the official EU language(s) identified by the Member State in which the device is sold. Nonetheless, there are some medical device language exceptions reserved for healthcare professionals.

In these cases, the professional user must be fluent in the favored foreign language(s) – usually English – in order to fully comprehend the device’s information. The advantage of these exceptions is that they minimize the need to translate the information. This reduces the time and cost required to bring the medical device to market separately.

Overall, EU members must determine not only the language(s) they accept, but also the type of information that can be classified by its intended purpose in each language. This could boost the performance of medical translation.

Official Languages of The EU

The linguistic requirements for medical translation marketed in the EU market have been tightened under the new EU Medical Device Regulation. Indeed, the language(s) in which device-related information is provided must be clearly identified.

EU Languages that Are Allowed by MDR Requirements

The MDR language requirements refer to the relative values that must be followed while creating user instructions and information for each targeted object. As a consequence, it is critical to align the MDR with the main languages used in each EU country during the medical translation process. Manufacturers should devote more time to allocating document translation to each intended audience.

One note is the suitable languages for professional users might be different from the ones used for patients.

You may check out these related posts:

Due to the existence of severe MDR requirements, exporting medical equipment will be challenging, so partners should consider and seek a professional medical translation provider.

With a team of top-rated and competent native medical translators, GTE Localize can offer the best-in-all medical translation services legally. Drop us a line to receive the best quote! 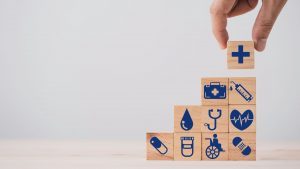 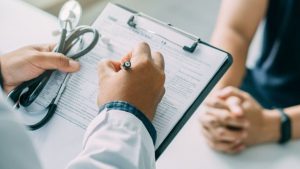 How To Successfully Handle Medical Localization Of Software?