A Guide for Cost-Effective English to Vietnamese Translations

Being one of Asia’s fastest-growing economies, as well as having a big population of nearly 100 million people – more than half of whom are working age – are two of the key criteria that make Vietnam a prospective target market for many worldwide enterprises.

As more organizations opt to develop their businesses in the Vietnamese market, the need for English to Vietnamese translations has exploded in recent years.

An Overview of The Vietnamese Language

Modern Vietnamese is the official language of Vietnam and is recognized as a minority language in the Czech Republic. It is the first language of about 86% of the Vietnamese population and the second language of other 53 ethnic minorities in the country.

Vietnamese is a tonal language with five tone marks and six tones (i.e. the tone with which a word is pronounced has a significant impact on its meaning). Among a variety of dialects of the Vietnamese language, the Northern dialect, Central dialect, and Southern dialect are the three primary dialects. When it comes to vocabulary, the Vietnamese language is influenced by Chinese, French, and English to some extent. Different languages’ impacts can be seen most clearly in specific areas of the current Vietnamese vocabulary. For example:

In Vietnam, up until the late nineteenth century, except for two brief interludes, all official writing, including government business, academia, and formal literature, was done in Literary Chinese, written with Chinese characters. It was until the 13th century that Vietnamese scholars, by using their understanding of the Chinese script, began developing chữ Nôm.

Both borrowed Sino-Vietnamese vocabulary and local terms with comparable pronunciation or meaning were represented by Chinese characters. Meanwhile, thousands of additional compound characters, including phono-semantic compounds, were also created. Chữ Nôm reached its pinnacle in the 18th century when numerous Vietnamese poets and authors wrote in the language.

The Vietnamese alphabet (chữ Quốc ngữ) was devised by Portuguese missionaries who changed the Roman alphabet with accents and signs to suit the consonants, vowels, and tones of Vietnamese in the mid-seventeenth century.

Later, Alexandre de Rhodes, a French missionary, made significant changes to it. It was originally used mainly in Vietnamese Christian groups until 1910 when the French authorities made it obligatory, making it more popular with the general public.

There are 29 letters in the modern Vietnamese script, with 17 consonants and 12 vowels.

3 Tips For English to Vietnamese Translation

When translating your content from English to Vietnamese, you should pay attention to the following challenges and get some tips from our guide below.

#1. The Differences in English and Vietnamese Personal Pronouns

There are various factors that determine the use of pronouns in Vietnamese. The speaker’s social relationship with the person being referred to, as well as age disparities and the speaker’s attitude toward that person, are shown in the speaker’s choice of pronouns.

A pronoun in Vietnamese generally denotes a degree of kinship or familial tie. When referring to oneself, the audience or a third party in polite discourse, the feature of kinship language is employed.

Using the appropriate personal pronouns demonstrates respect for persons of various ages or refers to their social position. When speaking to the elderly, for example, using “Tôi” or “Tao” is deemed rude. In this scenario, the pronoun to use is “Cháu.” Although “Tôi,” “Tao,” and “Cháu” all mean “I” in English, the first two pronouns are only acceptable for persons your age, while the latter is reserved for elderly people.

Due to the complication of Vietnamese pronouns, it’s critical to choose appropriate personal pronouns while translating content from English to Vietnamese. When speaking with Vietnamese customers, businesses like to utilize formal pronouns such as “Bạn.”

However, you should tell your expert native Vietnamese linguists about your target profile and obtain advice from them to ensure that the pronouns you employ are suitable and make a positive impact on audiences. #2. Word Expansion When Translating into Vietnamese

When translating words from English into Vietnamese, the length of texts is frequently increased. Text expansion does have a great impact on the layout and style, especially for high-visual content like brochures, posters, and websites.

Based on our experience, translated Vietnamese content is likely to be 30-37 per cent longer than its original in English. This is due to the fact that Vietnamese expressions are often lengthier and more elaborate than English expressions.

If you want the layout of your English to Vietnamese translation to be intact or you have requirements for character limits, you should let the translators know beforehand so they can come up with the best solution. In most cases, translators will try to use shorter words and sentence structures to satisfy the criteria. Otherwise, we recommend you take an extra step – Desktop Publishing – to have your document laid out by professionals.

Vietnam is separated geographically into three main regions: Northern Vietnam, Central Vietnam, and Southern Vietnam, each has its own spelling and vocabulary in written and spoken communication.

Because of the intricacy of Vietnamese dialects, businesses should pay special attention to picking the proper regional spellings and vocabulary when entering the Vietnamese market. Northern Vietnamese vocabulary should be used for official documents such as contracts and agreements because it is the standard language.

However, it is strongly advised that you customize your content and messaging for marketing materials by employing the dialects of the targeted places to provide a better experience and image of your company to the audience.

Because of the intricacy of the Vietnamese language and culture as well as the great differences between English and Vietnamese, international organizations must conduct a thorough study in order to have a greater chance of succeeding in the Vietnamese market.

We hope that by following our tips in this post, you will be able to develop an effective English to Vietnamese translation plan that will help you create an impact in this promising market.

Drop us a line and get a free 1:1 consultancy with our Vietnamese localization experts now! 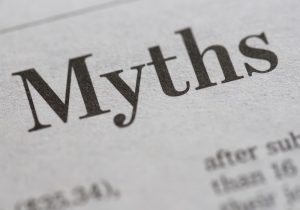 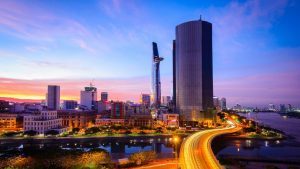 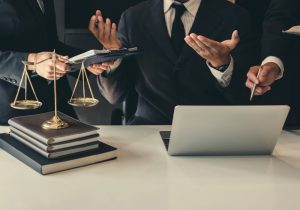 How to Set Up Your Vietnamese Legal Translation Project the Right Way?