February has long been recognized as the month of love as Valentine’s Day is widely observed annually on the 14th of this month. In many countries, people celebrate this occasion by giving chocolate, flowers, and cards to their lovers. However, there are a few countries that have forbidden the celebration of Valentine’s Day since it is not a part of their religion.

In today’s post, let’s find out which countries in the world do not celebrate Valentine’s Day and the reasons why.

Saudi Arabia is a Muslim nation located in Southwest Asia and encompassing the majority of the Arabian Peninsula. As the public displays of affection in Saudi Arabia are taboo, the celebration of Valentine’s Day went against the country’s ideologies.

There are many foreign Christian workers in Saudi Arabia. Although foreigners are permitted to enter and work in this thriving economy, the practice of their religion here is forbidden. Therefore, on February 14th, the celebration or sale of any Valentine’s Day-related items such as red roses or teddy bears were prohibited.

On this day, shops might be checked by the authorities. Anything related to Valentine’s Day would be confiscated and the shop owners who violated the law might be arrested and punished. In fact, in 2014, five Saudi citizens were sentenced to 39 years in prison after being caught dancing with six women they were not married to on this occasion. The country’s stance shifted in 2018 when the former head of the religious police declared that celebrating love is not against Islamic teaching because it is universal. So after years of religious police bans and restrictions, young people can now legally celebrate this day.

Uzbekistan is well known for its long history and diverse culture with Islam as the dominant religion. The country was tolerant of Valentine’s Day celebrations for many years until 2012 when an internal decree that bans the celebration of this holiday was issued by the Ministry of Education’s Department of Enlightenment and the Promotion of Values.

Instead of observing Valentine’s Day, people in Uzbekistan celebrate the birthday of their country’s hero – Babur – a Mughal Emperor. Valentine’s Day is not illegal, but it is strongly discouraged in favour of commemorating Babur.

As a matter of fact, there is no law that expressly prohibits the celebration of the day in Indonesia. However, in some areas of the country such as Surabaya and Makassar where people have more radical Muslim views, intimidation tactics or small-scale bans are used while in Bando Aceh, there is an outright ban. In recent years, there have been numerous protests claiming that Valentine’s Day encourages casual pre-marital sex and the consumption of alcohol, both of which are strictly prohibited by Islamic Law. Despite this, the day is still popularly and openly celebrated by youngsters in Jakarta.

Iran is an Islamic country ruled by religious clerics. The government has prohibited the production of all Valentine’s Day gifts and items. The promotion of this romantic love celebration is also banned as it is cited as a spread of Western culture.

It has been proposed to replace Valentine’s Day with Mehregan, an ancient festival that existed in Iran prior to the introduction of Islam. This festival honours yazata Mehr which is responsible for friendship, love, or affection.

Being the world’s second-largest Muslim population, Pakistan is another country that has mixed feelings about Valentine’s Day. As the popularity of the Valentine’s Day observation among the young generation grows, several riots have occurred in this country to protest against this celebration. A private citizen petitioned the High Court in Islamabad to have the day banned. Finally, on February 7th, 2018, the Islamabad High Court banned Valentine’s Day celebration and media coverage, claiming that it was a Western cultural import that contradicted Islamic teachings. Not everyone in Pakistan agrees with this decision, especially university students and flower vendors who did well on Valentine’s Day.

Since 2005, Islamic authorities in Malaysia have issued a fatwa (religious ruling), prohibiting the celebration of Valentine’s Day. This day is blamed for being a gateway to disaster and moral decay among young people. An anti-Day Valentine’s campaign is also held every year. People who go out and celebrate might face the risk of being arrested.

What about other countries in the world? How is Valentine’s Day celebrated in different cultures? Check out our post here to learn more. 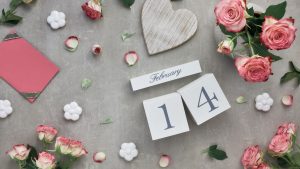 How Is Valentine’s Day Celebrated Around The World?